Parmenides was the true founder of the concept of nothing, despite the fact that his theories on nothing haven’t exactly been praised.

Hello, my name is Jess and I will be speaking to you today about nothing.

Or rather, the people who have reworked and molded Parmenides’ original concept:

That which can be spoken and thought must be; for it is possible for it, but not for nothing, to be; that is what I bid you ponder.

The long and short of it is summed up in my other blog post, if you’re curious. Today is all about the people, not the (no)thing.

In all seriousness, though, there are an extraordinary number of philosophers who dealt with the concept of nothing. Because of this, I’ll give you the synopsis of a couple different philosophers’ opinions, if only so that we all have a wider view on the topic and their opinions.

Nishida Kitaro’s opinion on nothing is fairly well summed up in the following quote:

Absolute nothingness is infinitely determinable and it determinates from the actual world, but this “self-determination” occurs “without anything that does the determining,” like an agency without an agent. Equally paradoxical are the positive descriptions Nishida gives it, in spite of the implicit claim that it defies description. Rather than a mere absence of being, meaning, or function, absolute nothingness is active and creative in forming the actual world; and it manifests or awakens to itself through self-awareness. It is the foundation of the world and of the self which is a focal point of the world; but it is an uncommon kind of foundation in that it functions through self-negation. It cannot be called “absolute” unless it negates any particular determination of it and simultaneously enfolds them all. It is the universal of universals.

(This is actually the drawing from Inception, man do I ever love that movie)

The idea is that nothing is created by merely thinking of the concept of nothing. More than that, however, is the fact that nothing is needed to create something. In a way, nothing is instrumental in both creation and destruction.

But hey, we still have a few more to go (I’m so sorry, hang in there)!

Martin Heidegger is another prominent philosopher who discussed nothing, and his primary aim was to prove it was a true thing through the German definition of the word ‘angst’:

Heidegger starts his explication by distinguishing angst from the related experience of fear. Fear is always fear of something–of something more or less specific that exists in the world. A person fears an armed attacker, a disease, poverty, or some other identifiable entity or event that poses a danger to him or her. A fearful person is always worried—looking around for something that may do him or her harm. Angst, by contrast, is not fear of anything specific, but a state of dread in which that which is feared cannot be pinpointed or described in any way. Angst is an all-pervasive feeling or mood that has no object. A person seized by this sort of dread cannot point to anything that would explain the feeling. If asked what he or she is afraid of, a person in angst may correctly say: “nothing”–and yet feel dread. What is happening in such a case, according to Heidegger, is indeed an encounter with “nothing,” or “nothingness.” “Angst reveals nothingness,” as he states in his lecture.

via the Young Writers Project

Of course, if you don’t agree, merely state that he was an unapologetic Nazi and immediately discredit him. Still, it is another concept of nothing to keep in mind.

Thirdly is Jean-Paul Sartre, AKA that one guy whose ideas are really sad and depressing. Case in point:

Human existence is a conundrum whereby each of us exists, for as long as we live, within an overall condition of nothingness (no thing-ness)—that ultimately allows for free consciousness. But simultaneously, within our being (in the physical world), we are constrained to make continuous, conscious choices. 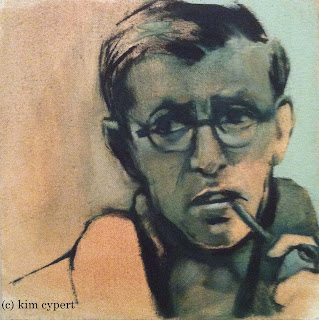 In short: we are all living things in a vast nothingness who must create our own essence. I also believe that he meant that to manifest an essence, we must do things, play the role, make choices.

Inevitably, I’m more confused than when I went in, so I hope you re as well. I’ll leave you with a lovely thought problem.

One Response to Nothing is Present