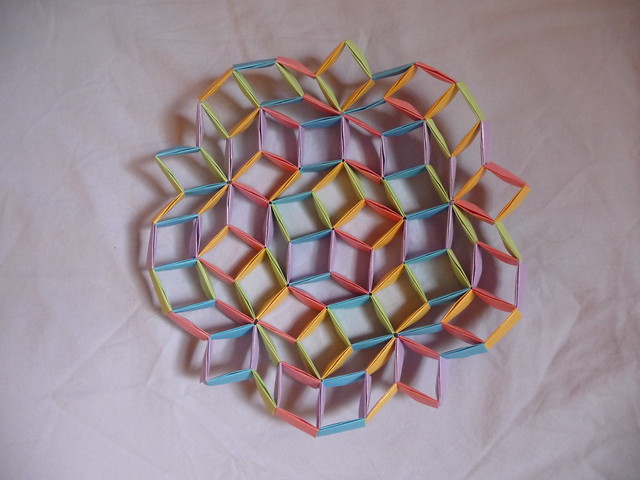 I took Vincent’s comment on my recent post about the Penrose Tile to some mathy friends of mine online, asking what they thought of his extension of the concept:

I feel that the golden number does appear in several ratios, but at the same time I feel that we are searching for that ratio in nature, rather than trying to disprove it. It feels like were saying look at all these examples that follow the golden ration (I totally support the golden ratio ideology, its just that it seems too convenient) and we aren’t pointing out any that disprove it. In science, empiricism, logic, rationalism, and basically everything that creates theories; the goal is to disprove your theory and therefore prove it.

I don’t know of any examples of this theory appearing false of course, but I don’t know if we have searched for any. Therefore, I wonder, is there anything that disproves this golden number theory, the magical sequence of 0,1,1,2,3,5,8,13,21 . . .?

David Wees is a math teacher who used to be based in Vancouver before relocating to New York, and had this to say as a reply to Vincent’s thoughts:

One Response to The Penrose Tile, Continued