Down the Rabbit Hole

“In another moment down went Alice after it, never once considering how in the world she was to get out again.”
― Lewis Carroll, Alice’s Adventures in Wonderland

Curiosity – a strong desire to know or learn something.

We are all curious beings, from the time we were brought into this world to the time we are taken out. Curiosity drives us to try new things, whether it’d be trying new foods, or travelling to new exotic places. It drives us to search our minds and seek answers in things we didn’t quite know or fully understand before. As humans we are constantly searching for an answer to “Why?”,  and by finding these answers we get an odd sort of comfort, as many fear the unknown.  To me, curiosity and philosophy go hand in hand.

Philosophy – the study of the fundamental nature of knowledge, reality, and existence.

The original meaning of the word philosophy is translated from the Greek root ‘philo’ which means love, and the word ‘sophos’ meaning wisdom. When someone studies philosophy they want to understand how and why people do certain things, and understanding a deeper meaning to questions that they might not know how to answer, it is understanding the meaning of life.

When I walked into Philosophy 12 I had no idea what this class would entail.  During the week, Mr. Jackson gave us an article to read describing if the existence of color was real.  At first,  I looked at the question and kind of laughed, “Of course it does!”, it was illogical for me to think that there could really be no such thing. Eventually we were given time to discuss our opinions, As we went around the room, everyone answered what color was to them.  Everyone’s opinion was slightly different. After listening to everyone speak,  I could feel myself questioning my original beliefs. It was facinating hearing everyone’s persepective, but it wasn’t long before the question began to stump me. Such a simple question pushed me to open my mind. Is color real? I thought it was pretty cool. I had walked into the room believing one thing, and walked out thinking another. It was an odd but facinating feeling, but I think that is what philosophy is. Philosophy is doubting; It is going against what you know as fact and broadening your own perspective. It is second guess things you may have taken for granted, and is understanding and accepting that not everyone sees eye to eye, you’re not always going to be right. To me, philosophy is a little bit of reality and one large bit of madness.

“I know that I know nothing“ 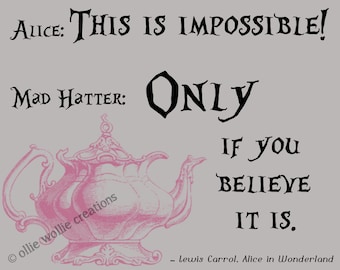