The Self, Spirits, and Souls

The portion of metaphysics that has interested me the most is the idea of the self. What are we? As we studied Descartes, we explored the idea that our self is the only thing that we can prove to exist. The fact that I am a “thinking thing” that can perceive or analyze what I experience proves the existence of myself. This does not prove the existence of the physical world, nor does it prove that any other minds exist.

This led me to think about the idea of spirits and souls. What’s the difference between a spirit and a soul? Are they a permanent part of us? Do they even exist? If they do exist, how does it relate to our “self”? My goal for these questions is to see different viewpoints on the topic and see if, like Descartes believes about the self, it could be proven.

From my research, it appears that most references to spirits and souls are in religious contexts. It is a very specific area of metaphysics known as spiritual metaphysics, and this website gives the following definition of it.

Spiritual metaphysics is the study of the nature of human experiences that are still considered “non-physical” or “spiritual” only because our physical senses, research and technology cannot as yet measure or detect them.

The idea of our physical body and who we are being separate from each other is not new. For example, animism is a belief system that was believed by many tribes, stating that everything (whether it be a person, plant, or inanimate object) has a spirit. This belief created a feeling of oneness with the universe for those who believed it. 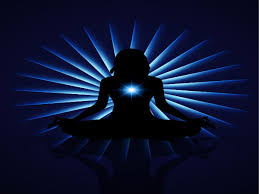 So how does a spirit differ from a soul? Can we use the two words as synonyms? A soul is generally agreed to be a distinct entity that is separate from a person’s body. In some definitions it will state that the soul is immortal, however proof of this is unattainable. In many definitions, it is stated that spirit is a synonym for soul. With the above points on what a soul is, it is easy to see why we often use the words interchangeably. A spirit is also regarded as being separate from the body. With dictionary definitions, these two terms seem to be the same.

However, in some belief systems the two are used in very different contexts. A person can be described as being spiritually “dead” or “alive”, and yet still be considered to have a soul. In this situation it appears that the soul is being described as more of a permanent thing (similar to the self), while a spirit must be an active thing. Perhaps this ties into the idea of human enlightenment.

Unlike Descartes view of the self, the concepts of spirits and souls cannot be proven. Perhaps this will tie into the idea of afterlives and other worlds later on in my studies. My classmate Ashley knows a lot about the paranormal, so I might discuss with her on different viewpoints of the topic of spirits and souls.

The concepts mentioned in this post are a big part of how each individual person views the world. Whether someone has an animistic view of the world or believes that the non-physical part of them exists only while their physical body exists (or any other worldview in between), their view will affect their actions and emotions.

As I move forward with metaphysical studies, I hope to look deeper into the separation (or lack thereof) of the physical world and the non-physical.

2 Responses to The Self, Spirits, and Souls