So for my metaphysical question I would like to ask this, Why shouldn’t the human race believe they are superior?

On this question I would like to discuss the many reasons why we as the human race shouldn’t think as ourselves superior to everything because that is certainly cannot be the case, right? I mean the universe is so mind boggling big that there is no way we are a superior race to all in which we seem to claim to be. Of course there is no evidence that anything that we know of that is superior than us as a people but I don’t think that we need evidence to already know that is false.

The philosophy of cosmicism states that there is no recognizable divine presence, such as a god, in the universe, and that humans are particularly insignificant in the larger scheme of intergalactic existence, and perhaps are just a small species projecting their own mental idolatries onto the vast cosmos, ever susceptible to being wiped from existence at any moment. This also suggested that the majority of undiscerning humanity are creatures with the same significance as insects and plants, who, in their small, visionless and unimportant nature, do not recognize a much greater struggle between greater forces. 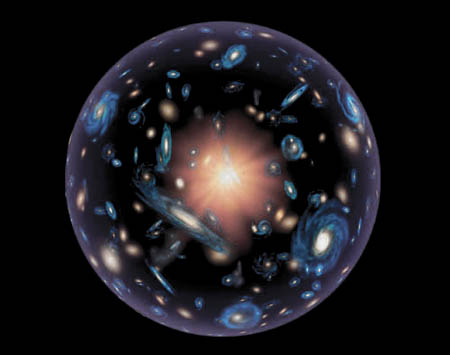 ficant. The universe is so mind boggling, mind blowing and mind numbingly big and it is continuously getting bigger that we should not think of ourselves as the human race as significant or important in any way, shape or form. We are the specks of dirt on Earth compared to the universe. Cosmicism was developed and used by an American writer named H. P. Lovecraft. The themes of the fiction that he wrote over time contributed to the development of this philosophy. The most prominent theme that makes up Cosmicism is the utter insignificance of the human race and Lovecraft believed that the human race will just disappear. This video below will hopefully leave your mind hurting and definitively showing how insignificant we really are is this amazing video on the size of the known stars that we have discovered so far:

The reason why I wanted to ask this question is because I knew I would be able to talk about space and all the insanely cool things that come with it. First of all I think space is one of the most fascinating topics to talk about because of how mind blowing space really is. Second of all I knew that I would enjoy doing this assignment because I would be able to watch more space size videos and be able to apply it to a school assignment. The reason I believe this topic is important is because when I hear about the ongoing wars going on overseas or crime going on or even bullying, I just think at how pathetic we all are fighting on this little blue dot. We are all in the g

ame of life together no matter how little it may mean in the grand scheme of things. As well as this topic and my question opens the door for many more questions that can be asked. Such questions can include:

Are we alone in the universe?

The answer that I am going to say for that is no we are not alone. I simply say this because there is no possible way given the size of the universe that we are the only intelligent life out there, and if anyone says differently to me I would laugh. But that is just my opinion on it.

In conclusion to what I have talked about I believe that the human race is a very insignificant part of what is really going on int he universe. We may think of ourselves as a superior race and have mass amounts of knowledge but we really don’t. We only know the tip of the iceberg in what the universe has in store for us and what amazing things is contain

ed inside. But hey, maybe we really are just part of computer program and everything that I’ve said means nothing and doesn’t matter, who knows?!

2 Responses to The Human Race Sucks