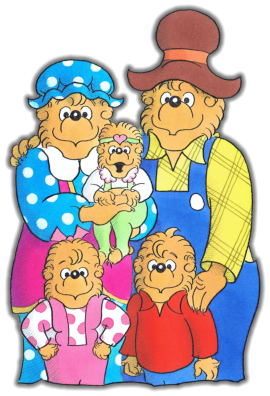 Do you guys remember these lovable bears from your childhood? There has been a recent controversy and heated debate over what these bears were called, Berenstain Bears or Berenstein Bears. What do you remember them as?

A lot of people remember them as Berenstein Bears (including myself) but current books and various webpages display them as Berenstain Bears which baffles and is uncomfortable for the people who believe otherwise. Does this mean we collectively had a brainfart and just simply assumed that was what these bears were called? Some believe so. Others believe that we are in a parallel universe, where a group of us were from Universe ‘E’ where the bears were called “Berenstein” and somehow we got placed into Universe ‘A’.

Both these assumptions could be correct, but honestly, the latter seems much more interesting.

Are we currently in a layer of a parallel universe or, even larger, a multiverse?

Do multiverses actually exist? Which layer of the multiverse are we existing in if there is one?

Who knows? But the idea of them seem extremely interesting.

I should probably define what a multiverse and parallel universe is (although they are self explanatory).

The multiverse theory is simply the belief that all possible worlds exists and are just as real as the real world. (This is a belief that is proposed by an American philosopher David Lewis.) It is where our universe is not the only one, but there are many universes exiting parallel to each other; these distinct universes within the multiverse theory are called parallel universes. (x) 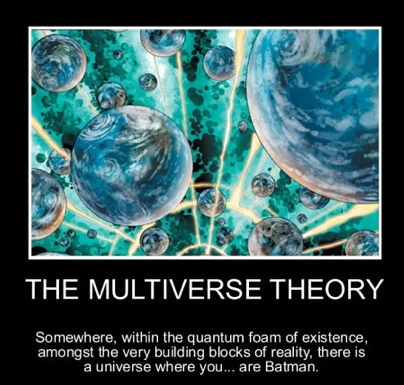 Michio Kaku has supported this theory a lot and researches about the string theory. Needless to say he isn’t a philosopher but a physicist and multiverse seemingly ties to all sorts of fields.

In his blogpost, he discusses the multiverse theory and one part seemed fitting for this post:

Einstein first gave us the idea that the universe is a soap bubble of some sort and we reside on the skin of this expanding bubble. This observation of an expanding bubble is now one of the greatest experimental achievements of the last century. Now imagine if you run the videotape backwards, the bubble would shrink and eventually become small enough to put in your coat pocket. If this “bang” happened once, it can happen again, again and again. This concept is mind boggling, that idea that entire universes are being created as you are reading this very blog entry. (x)

I found a short video(in comparison to his hourlong discussions) of Michio Kaku explaining the multiverse theory which is interesting, but kinda confusing. Since I found that video confusing, I found another with better visuals and explained the 3 general types of multiverses(which I suggest watching):

The multiverse theory is contrasting to Aristotle’s view of us human beings living in just one universe. It contains many different levels that have been proposed and is controversially viewed upon. Each level gains more doubt than the other, and explaining each can probably be left to a different blog post. These levels are explained very simply on this website and I’ll just leave them here for you to consider.

Level 1: If you go far enough, you’ll get back home

Level 2: If you go far enough, you’ll fall into wonderland

Level 3: If you stay where you are, you’ll run into yourself

Level 4: Somewhere over the rainbow, there’s a magical land

These of course are all theories and have in no way been proven yet. Confused yet? I am.

So what do you think about the multiverse? Does it exist?

Most importantly, is it Berenstein Bears or Berenstain Bears?