What Is Philosophy? (Final) – Arden

At the beginning of the semester I walked into philosophy nervous but excited about what I was about to learn. The first

question we were asked was What is Philosophy? at the time I had no idea and to be honest I still don’t. For my first What is Philosophy blog post i said: Philosophy is like a child both are very open, both random at times and children grow just like the ideas. Today nearly five months later I can still say that I believe philosophy is like a child. Several of the topics we covered and discussions we had are still able to support this including; the logic unit, the discussion about whether or not its ethical or moral to kiss a robot, and even just the conversations themselves.

As I said in my previous blog children are known for being very open to other opinions and don’t have a view clouded by life experiences and influences, this openness reminds me of the class environment and what our class discussions are like. Philosophy as a whole is a very open study and that was proven in the class discussions.

Children grow as do the ideas in philosophy as a child grows so do there opinions and there ability to articulate these ideas. In this class I was able to learn more ways to articulate my views in the logic unit when we formed our logical arguments.

The third reason that philosophy is a child is because some of the things that kids say are completely random and I think that in this example the child is the philosopher. In this course has proved that philosophy can be pretty random. An example of this would be the discussion on whether it is ethical or moral to kiss a robot. This was a very strange conversation with very strong and varying opinions. It was quite interesting to learn new things about my classmates even this late in the semester. 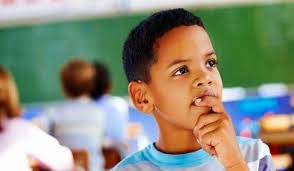 From this class I have learned how to form my opinion and share it in the way I want to, as well as how important it is to look at the other peoples perspectives using reason rather than responding emotionally. I also learned that philosophers are children, they never stop learning and they are never satisfied with a simple answer. Philosophy is about asking questions and always asking why.