Introductory Readings for Week I 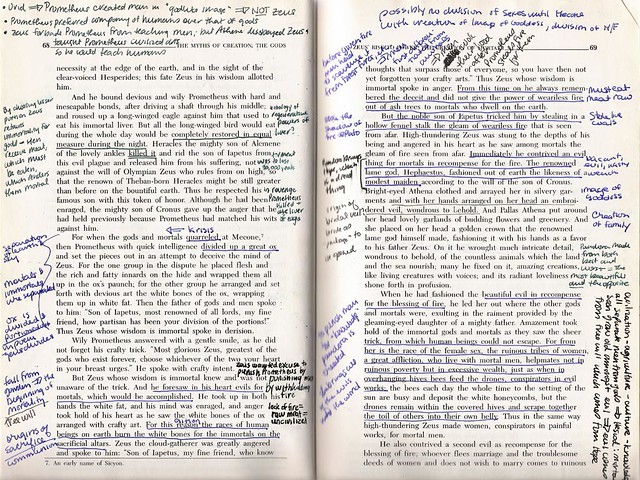 Philosophy matters, simply, because the answers to philosophical questions matter. Not only is it a matter of life and death, but a matter of, to name a few examples, the nature of law, the role of language, where morality comes from, whether there is a God, whether there is a self and what constitutes our identity, and what beauty is. What makes these questions important is not only that they help societies to function (although they certainly do), but that they reflect something deeply fundamental about human beings: that we are physical creatures, but our consciousness is not restricted to physical matters. Indeed, philosophy is both reflective and perfective of human nature.

Philosophy in our schools is a necessity, not a luxury | Robert Grant writing in the Irish Times

Our standards for truth and knowledge influence our scientific and religious beliefs. Our ideas about justice, equality and freedom determine whether we are liberal or conservative, capitalist or socialist.

In examining these concepts, philosophers rarely come up with neat answers. None are immune to counter-argument.

Philosophy teaches that our understanding of these basic concepts rests on shaky foundations. In so doing, it reveals the limitations of human knowledge and understanding.

Such awareness helps students be wary of those who claim certainty and truth; it protects against dogmatic indoctrination and group-think. Philosophy celebrates the complex, nuanced nature of our understanding. It reminds us of what we do not know.

Why are there so few women philosophers? | David Papineau writing in the Times Literary Supplement

Women occupy 25 per cent of the posts in university philosophy departments across the United Kingdom. The figures are similar throughout the anglophone world. In the United States the proportion is 21 per cent, while Canada, Australia and New Zealand all have fewer than 30 per cent women philosophers. This makes philosophy an outlier among humanities subjects. Half a century ago, all university departments employed far fewer women than men. But this kind of imbalance has all but disappeared from areas such as English literature and history, and is nowadays largely restricted to the so-called STEM subjects (science, technology, engineering and mathematics). Philosophy stands out in continuing to appoint about three times as many men as women to academic posts.

What is the explanation for this peculiarity, and should it be a matter of concern? These two questions are interlinked. How far philosophy’s gender imbalance is bad depends on its causes. If it were the result of simple discrimination against women, for instance, then it would not only be unjust, but it would also be preventing some of the best-suited people from working as philosophers. But it is not obvious that discrimination is the right explanation, and it should not be taken for granted that any other causes for the imbalance would be similarly unacceptable.

Why I Think Research in Non-Applied, Non-Interdisciplinary, Non-Historical Philosophy is Worthwhile | Bryan Francis writing on Weebly

The key step is to point out that there are certain genuine puzzles regarding fundamentally important notions that only philosophers work on and about which scientists don’t seem able to solve or often disposed to even address. The reason these puzzles are fundamentally important lies in their subject matter (e.g., truth, justice, consciousness, knowledge); the reason they are genuine is that they can be put in the form of a small number of individually highly plausible yet apparently jointly inconsistent claims. Since they seem jointly inconsistent, I want to say that they can’t all be true; since each is highly plausible, I want to say that each is true; but of course I can’t say both things once I see the incompatibility between them. Any minimally adequate response to the puzzle must do either of two things:

Does Colour even Exist? | Malcolm Harris writing in the New Republic

One of the reasons I think philosophy isn’t very popular in the United States is that the secular among us assume not only that there exists a scientific explanation for everything, but that someone in a laboratory or a library somewhere already knows it. Primary science education plays up this assumption, preferring testable information to ongoing mysteries—I am reminded of an eleventh-grade physics exam on opponent processing. But here’s what they don’t tell you in school: The neurological and physical evidence that supports this model is extremely inconsistent.

Philosophy is quite unlike any other field. It is unique both in its methods and in the nature and breadth of its subject matter. Philosophy pursues questions in every dimension of human life, and its techniques apply to problems in any field of study or endeavor. No brief definition expresses the richness and variety of philosophy. It may be described in many ways. It is a reasoned pursuit of fundamental truths, a quest for understanding, a study of principles of conduct. It seeks to establish standards of evidence, to provide rational methods of resolving conflicts, and to create techniques for evaluating ideas and arguments. Philosophy develops the capacity to see the world from the perspective of other individuals and other cultures; it enhances one’s ability to perceive the relationships among the various fields of study; and it deepens one’s sense of the meaning and variety of human experience.