Nicole Crowder (found here on Twitter), a reporter for the Washington Post, was quoted in one of her articles about the modern-day protests saying,

Objects of protests over the years have become the markers that define our collective recall of significant moments in history.

This statement that she made resonates with me, as I have been trying to follow the events that are happening in both Hong Kong and Ferguson, Missouri. Her article examined the various symbols of protest and cause, ranging from the Cacerolazo, which is an Argentinian style of protest, to the Ferguson (and now Hong Kong, as well) symbol of “Hands up, don’t shoot”.

In the wake of these protests—and also in the midst of some of them—we, the lucky ones, who do not have to worry about police officers attacking us in our own homes, reflect on these protests with an outsider’s attitude and perspective. The question to ask, I think, is what the symbols have to do with the protests.

Each of these can be broken down a bit more.

To elaborate on this, I’ll look at three different protests, the Ferguson, MO protests for Michael Brown, The Hong Kong protests, and the Thai Government protests.

Graphic by Alberto Cuarda and photos by Matt McCain

The Ferguson protest is symbolized by the “Hands up, don’t shoot” slogan, which is symbolic of Michael Brown, who, according to witness accounts, was shot with his hands up in defense (slight warning for some graphic description in the article). The hands in the air also shows police officers that the protesters are peaceful, and aren’t concealing any weapons. 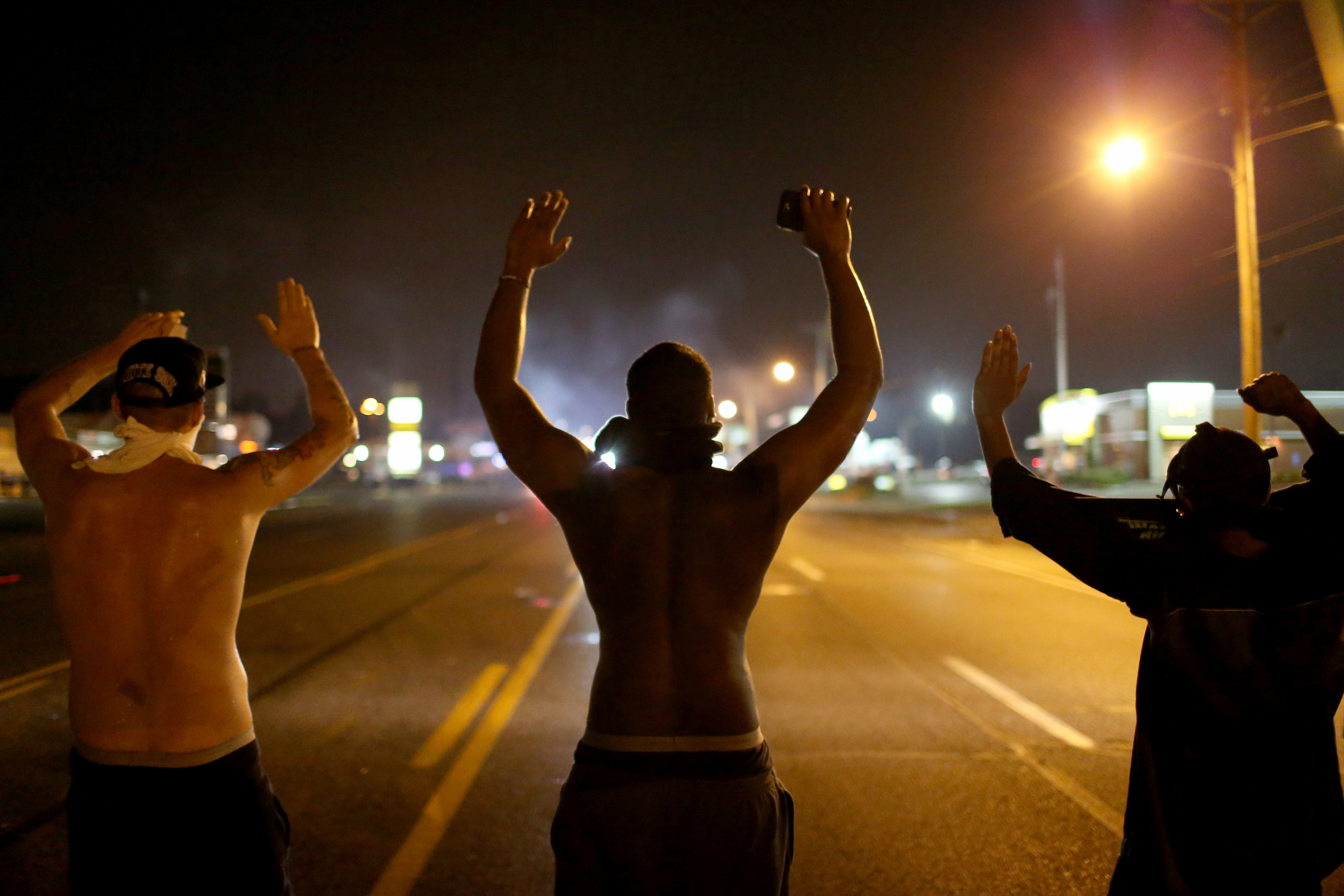 This same symbol is being used in the Hong Kong, though more out of coincidence than solidarity. Despite that fact, the symbolism remains, though Hong Kong has gained their own icons, utilizing the crossed arms, yellow ribbons, and umbrellas for which their protest has been named after. Songs have also become an integral part of the protest movement, yet it is the umbrellas that are the most striking, as they demonstrate both a necessity for the protest itself, as they are used for protection against tear gas, and solidarity with each other, as umbrellas in Hong Kong are widespread, everyday items. 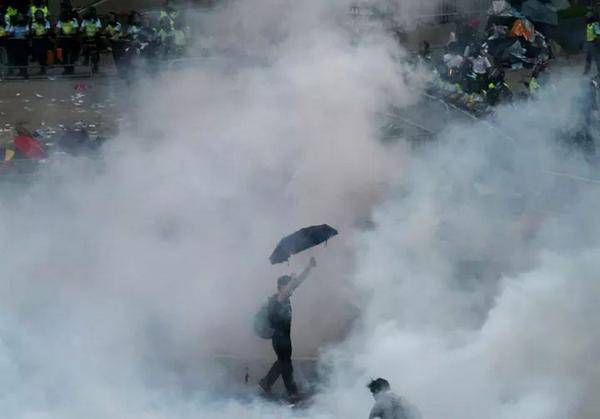 With the Thai protests, the symbol is reminisce of the well-known Hunger Games icon of the three finger raised. Such a symbol is iconic, not only because it is recognizable, but because it shows those who are not involved how oppressive the Thai government was if they are being compared to those in the Hunger Games series.

“Protesters flashing three fingers can be arbitrarily detained for up to a week in the junta-ruled nation” Photo by: Jack Kurtz—Zuma Press, Heading by Charlie Campbell—TIME Magazine

The use of symbolic gestures is not a new one, and was even predominant during the Occupy Movement, with crude dictionaries being formed alongside human megaphones, all for the benefit of the people involved.

Protest symbols, while each is may be unique to the individual protest, connect the people of protests. During the early stages of the Ferguson protests, the people of Palestine shared their advice on dealing with tear gas with the Ferguson protesters. Simply put, the symbol of a protest is something to remember the movement by, but it is also something meant to inspire, connect, and fight back.