Ethics Discussion Threads on the Go

To bring together the various threads of discussion and dialogue we’ve been engaged in as we work through our initial introductions to the principles of moral reasoning put forth by John Stuart Mill, Immanuel Kant and John Rawls, I’ve collected links to many of the prompts and posts from the unit below. Follow the links in the headings through to the original posts and share your thoughts on the questions and comments emerging in these various discussions.

The Morality of Murder

Part of the Problem: Talking about Systemic Oppression

Is it possible to benefit from the oppression of [racial minorities, other genders, classes, regions, religions] and not be deemed responsible for such oppression? If it is possible to be ‘innocent’ in such a case, under what conditions does such innocence exist?

…who bears the responsibility to reduce the amount of discrimination and oppression experienced by [indigenous] groups? Should it fall to the oppressed to liberate themselves from a pervasive society of oppression? Or are we all responsible?

Iowa rules Legal to Fire Woman for being “Too Attractive”

“The Iowa Supreme Court on Friday stood by its ruling that a dentist acted legally when he fired an assistant because he found her too attractive and worried he would try to start an affair.

“Coming to the same conclusion as it did in December, the all-male court found that bosses can fire employees they see as threats to their marriages, even if the subordinates have not engaged in flirtatious or other inappropriate behavior. The court said such firings do not count as illegal sex discrimination because they are motivated by feelings, not gender.”

Beyond a Formal Acknowledgement

Rawls and What is a Fair Start? 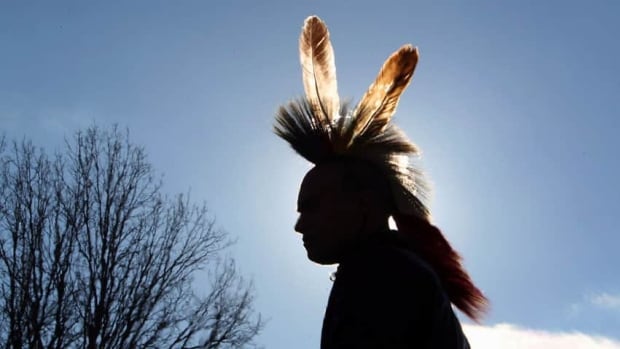 Image courtesy of the CBC

In returning to a guiding question in our investigation into systemic oppression, we have spoken in class here and there about Canada’s relationship with its indigenous populations. If there are those who are negatively effected by discrimination and oppression, there are those who benefit from this oppression; and with respect to Canadian First Nations, the dominant culture represented by our affluent suburban public school ought consider the question:

Is it possible to benefit from the oppression of others and not be responsible for the perpetuation of that oppression? And if it is, how?

Before reflecting on the ways in which we might approach this most pressing of Canadian problems, Ottawa Citizen columnist Terry Glavin’s contrasting of indigenous Canadians’ plight against that of their African American neighbours deserves consideration, where he admits that “the conditions that torment Aboriginal Canadians to this day are no less a disgrace than the dead-end impoundments so many African-Americans find themselves within today.”

Comparing welfare rates makes Canada look far worse. Slightly more than 10 per cent of African-Americans are on welfare, but in Canada, roughly a third of Aboriginal people are on welfare or some other form of income assistance.

Things are going downhill, too. Over the past decade, the Aboriginal population in federal prisons has grown by more than 50 per cent. In Western Canada, two-thirds of the inmates in federal and provincial institutions are Aboriginal people.

That this scenario exists at all is a tragedy of the first order, to be sure. Yet that it exists in a country which has enshrined in its laws the promotion of “the full and equitable participation of individuals and communities of all origins in the continuing evolution and shaping of all aspects of Canadian society and […] the elimination of any barrier to that participation” is tragically ironic. Though it is not without broad complicity that such a state of affairs is allowed to continue, as Amanda Gebhard highlights in an essay on how “The over-incarceration of Indigenous people is not an unassail­able reality.” Rather, she writes that

It is a violent, colonial project that requires the co-operation and complicity of countless people. Unmaking the situation will require the same sustained and concerted effort. Learning how we are all invited to participate in the colonial project of Aboriginal over-incarceration – and then refusing to do so – is the first step in demolishing the pipeline to prison for Aboriginal youth in Canada.

As Jess highlights in a comment here, with regards to gender discrimination, “the only percentage that matters is that 100% of women have experienced some form of ‘minor’ sexual harassment.” So too do 100% of aboriginal Canadians exist in a country which discriminates against them. In either case it is important to ask: who bears the responsibility to reduce the amount of discrimination and oppression experienced by these groups? Should it fall to the oppressed to liberate themselves from a pervasive society of oppression? Or are we all responsible?

Is it possible for non-indigenous Canadians to benefit from this historical (and continued) discrimination and not be responsible for its perpetuation? By what moral reasoning might they be absolved from acting to end this cycle?

Or must they act?

In a new book Canadian philosopher and author John Ralston Saul notes that “sympathy toward aboriginal people from outsiders is the new form of racism.”

It allows many of us to feel good about discounting their importance and the richness of their civilizations. Sympathy is a way to deny our shared reality. Our shared responsibility. Sympathy obscures the central importance of rights.

The other day the idea was raised that both oppressors and the oppressed are trapped within a society reliant on systemic oppression, and yet we still find ourselves seeking a means by which the beneficiaries of that discrimination might be absolved. Given the realities of our past and future as a nation which contains multitudes, and which prides itself on the “full and equitable participation” of those multitudes, isn’t it our shared responsibility to fight for a system and a society other than the one passed down to us?

These might seem rhetorical questions, but I pose them with the hope that they provoke critical thoughts about a scenario that envelopes us as Canadians whether we like it or not. As Michael Sandel observes, moral philosophy challenges us to make the familiar distant, and in so doing come to understand our reality in new and profound ways.

“Once the familiar turns strange, it’s never quite the same again. Self-knowledge is like lost innocence: however unsettling we find it, it can never be un-thought, or un-known.”

Now that it has become known, if we can agree that it has, how do we move forward, together?

We’ve spoken a little in #Philosophy12 this semester about the propensity of texts and teachers to rely on the roots of Western (and often male-centric) philosophers to form the basis of our understanding on the subject of knowledge, something we will likely address as we move toward epistemology this semester. However, the discussion has come about in our classroom in years past with respect to the search for female metaphysicians:

This tweet [to the left] started a ball rolling that saw me sending a late-at-night email to MIT Philosophy professor Sally Haslanger about why there weren’t any female Metaphysicians listed on Wikipedia’s List of Metaphysicists [Note: the page has since been updated to reflect our question.]. Sally was gracious enough to email me back the following morning, asking if she might “share your question with some of my female metaphysician friends?”

Which gave way to a conversation that began in room 111 – and on #ds106radio – showing up on this blog, moderated at least in part by Berit Brogaard:

Bryan Jackson recently wrote to Sally Haslanger to ask why there were no women on the list of metaphysicians on wikipedia. Sally shared this very good question with a few philosophers who have been interested in similar questions. After some discussion via email Sally started revising the entry. I have no idea how to revise wiki entries or what the rules are for making revisions, but I strongly encourage wiki-tech-y people to make further improvements to the list.

This week, GNA rekindled this conversation by passing along this essay by Concordia professor Justin E. H. Smith on “Philosophy’s Western Bias“:

It is my hope that in our current semester of philosophical inquiry, we move beyond this inclination toward ‘tokenism,’ and delve into different traditions of knowing beyond those dominant here on the western shores of North America.

I am curious though: