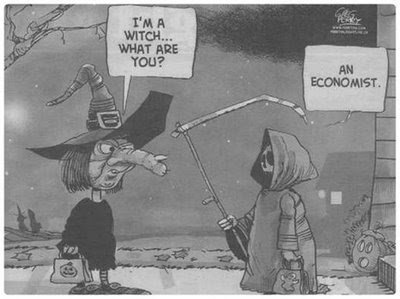 Jennifer: When Can I Grab My Purse?

We live in a world of abundance. From ipods to Purdy’s chocolate to ornamental shrubs, objects that far exceed the basic requirements for life (and for happiness) are commonplace. Meanwhile, fellow citizens in our own backyard and around the world are suffering from preventable diseases, malnutrition, and exposure.

This solemn reflection should pull on our heart strings and cause us to reevaluate, then significantly alter,  our lifestyles. But somehow, we remain largely unaffected. Most people, myself included, have the ability to quickly avert their eyes and ears, turning away from the plight of other human beings and back towards the tech toys, the chocolate, and the fake plants. This disturbing attitude caused me to wonder: How can we compartmentalize, blocking out the needs of others in order to satisfy our own desires? When is it okay to do this, if it is at all?

In the middle of the flight you are on there is a change in cabin pressure, triggering oxygen masks to drop down from a panel above you. As per the instructions given at the beginning of the trip, you put on your mask before assisting the child beside you. Many people would argue that this action is not selfish because you must take sufficient care of yourself before beginning to help another person. In a larger context, we are fully righteous in assuring that we are feed, housed, and healthy in advance of giving aid. But wait a second? I never even suggested that fulfilling our own needs could be in any way wrong. It is our desires that are in question.

After putting on your own mask, you reach up to help the child who is travelling alone by grabbing their oxygen bag and helping secure it to their face. You’ve done good. The action you just performed was thoughtful, caring, and morally right, just like the volunteer hours and charitable donations shared by millions each year. Despite the dire situations billions of humans are subjected to, many still have been assisted by the kind hearts and giving souls of those who find themselves in more fortunate circumstances. Sensing a need, tons of people are willing to pitch in, do their part, or help the best that they can.

Now, you’ve helped one child, but you see that another a row back can’t reach their mask either. Suddenly,  the pilot’s voice is in the cabin, warning of more stormy weather ahead. The kid will probably be helped by someone else, you think. I’d rather grab my purse and make sure I have everything I need, just in case.

In the words of moral philosopher Peter Singer, “Should [you be praised] for giving so much or [criticized] for not giving still more?” Where do we draw the line? How much does a person have to give to have given enough? Does “fair share” matter?

First, let’s discuss the idea of “doing our part.” Personally, I think that that statement is ridiculous, just a high-and-mightly approach to humanitarianism. Compared to what we have and what we have the ability to do, most of us in the position of helping aren’t doing crap. And since this is the reality of most, someone doing their “fair share” will still see a massive hole not being fixed. Would there really be more children than capable adults on the plane? No. But just because you’ve done your part does not mean that the other child is not still aimlessly reaching for air.

In the airplane analogy, nothing in your purse was probably of enough consequence to justify ignoring the needy youngster; similarly, nail polish or a gold wristwatch are unlikely to be as important as the purchases a Red Cross of World Food Programme could make with the same sum. Yet, we make those trivial purchases all the time. They make us feel good as buyers or make others smile as receivers. They make our lives easier or add beauty to a space, just as the designer of the item intended. But how can we compare any of those outcomes with the life we could have saved?

Adding another layer to an already complex debate, there comes the idea of saving for a purpose. What if the money someone is neglecting to donate is going towards their retirement, or their child’s university, or even an emergency fund? There is no assurance that giving it all away means that we’ll be cared for in the event that we need aid ourselves. However, some people are willing to take that risk. A few years ago, a man named Zell Kravinsky decided to donate his kidney to a random stranger after he learned of the horrible wait list times. But what about the risk? Well, “he says that the chances of dying as a result of donating a kidney are about 1 in 4,000. For him this implies that to withhold a kidney from someone who would otherwise die means valuing one’s own life at 4,000 times that of a stranger, a ratio Kravinsky considers “obscene.” ” Shall we consider Kravinsky to be the new Mother Theresa?

I agree with Peter Singer that, as paraphrased by Wikipedia, “people living in abundance while others starve is morally indefensible.” Building on this statement, it only seems logical to conclude that luxuries are wrong and “we should keep on donating money until the cost to ourselves is more than the benefit we would give.” Singer knows that many people feel that such restrictions are too demanding, or are too great of a change to their current lifestyle. I think I fall in the second boat, practically. However, I also feel strongly about aligning my actions with my thoughts. Right now, the “shameless idealist” in me is trying to figure out where to go. Is it ever okay to grab my purse?